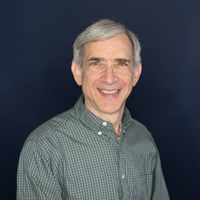 It is with great sadness that SSI announces the passing of our dear friend and colleague Steve Adler-Golden. Steve retired from SSI in September 2021 after 40 years of scientific leadership. Steve was the first employee hired by the company founders back in 1982.  His work at SSI has encompassed almost every aspect of the company over the years.  He co-authored nine patents for a variety of spectroscopic instruments and algorithms.  He provided mentorship for several generations of SSI scientists.  Steve was a consummate innovator, who developed FLAASH and co-developed QUAC, two of SSI’s most successful commercial products, which are vital tools of geospatial remote sensing used by technologists worldwide.