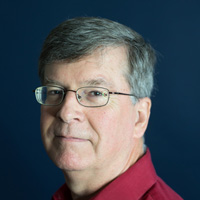 Robert Sundberg stepped down as President of SSI at the end of December 2021. He remains at SSI as a President Emeritus, Principal Scientist III, and Group Leader for the newly formed Remote Sensing Modeling and Simulation Group. Rob took over as President of SSI from Fritz Bien in December 2011. He has successfully steered SSI through some of our best and most difficult times. He oversaw the transition to 100% ESOP ownership and S-Corporation status. He served as Board Chair or member for most of his tenure. Rob made marketing of SSI a substantial part of his job as President, and was often traveling across the country to Government meetings and Technical Conferences to spread the word about SSI’s capabilities. He also continued in his R&D pursuits, including hyperspectral scene simulation models and atmospheric compensation, target detection and identification algorithms. Thanks Rob for your leadership through a major transition period for SSI.